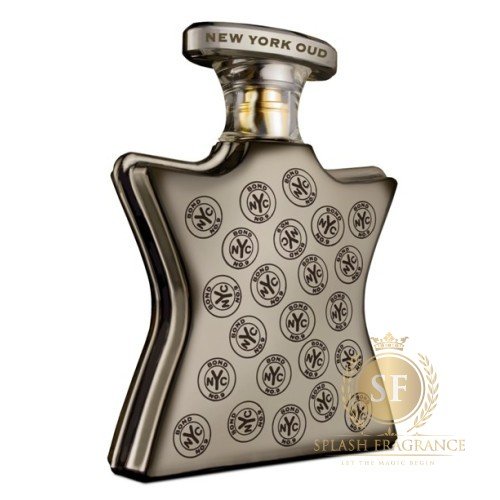 Enter New York Oud, which launches in time for Valentine’s Day 2011. Though we chose to retain the androgynous nature of the Old World oud, there is otherwise nothing traditional or incense-laden about our new version.

New York Oud: The name says it all. Bond No. 9 is launching an expectation- defying oud—a beautiful contradiction in terms that’s re-invented the whole idea of this much discussed perfume phenomenon. The trick, of course, was to modernize and urbanize that exotic staple, the oud, and give it a New York verve that it’s never had before. A paradox, to be sure. But then New York is a place where impossible, magical paradoxes come true. It’s only fitting that our beloved city should be given a seemingly self- contradictory oud perfume of its own. And fortunately, we have some experience with ouds. Back in 2008, we introduced our first, for Harrods, that proved, astonishingly, to be the London emporium’s best-selling fragrance—a historic success. And we were emboldened. For our tenth anniversary last year, we quietly developed a second oud, Bond No. 9 Oud, that mingled Eastern and Western fragrance sensibilities. But was that enough? No. What remained was to test the limits of the oud, put it through a sea change, and modernize it for our high-energy metropolitan landscape.

Enter New York Oud, which launches in time for Valentine’s Day 2011. Though we chose to retain the androgynous nature of the Old World oud, there is otherwise nothing traditional or incense-laden about our new version. Instead, we’ve given it a dynamic self-assured smoothness—an adventurously creamy velvet texture it’s never had before. At its heart is a sumptuous rose bouquet which soon spins off into the all-important dry-down that defines this perfume: A dense and syrupy oud that joins forces with musky teakwood (another welcome new addition to Western perfumery) and earthy vetiver to create a lingering urban-forest accord. And linger it will. Its oud concentration is a full 30 percent—not the typical 20 percent of eaux de parfum.

As with its forerunner, Bond No. 9 Perfume, New York Oud comes in a superstar bottle that displays an overall laser-etched patterning of our signature token, rendered here in a smoky gunmetal grey with glints of gold—the colors of the electric New York street-scape as twilight turns into evening. Hold the bottle up to the light, and you’ll see through to the billowing liquid inside. New York Oud ingredients: Top notes – Red Plum: sweet but tart—and ready to rumble. The very same honey-like Saffron that Cleopatra tossed into her bath to enhance her lovemaking. Orange Zest: Who knew a citrus fruit could have so much fun? Heart notes – An émigré Oud, Green Card in hand, taking on the New World. A Red Rose bouquet with one resounding message—romance. Orris: The ladylike iris’s untamed alter ego. Patchouli, prowling the streets of New York in take-no-prisoners seduction mode. Base notes – Musk: simply put, the sensual smell of skin. Honey—partnering with musk for some animal sultriness. Earthy Vetiver—the designated driver, adding composure and stability. Amber by Bond No 9 is a Oriental Woody fragrance for women and men. New York Amber was launched in 2011. The fragrance features musk, osmanthus, jasmine, sandalwood, amber, saffron, nutmeg, benzoin, bergamot, myrhh, rose, agarwood (oud) and pepper.