Our customer support team is here to answer your questions. Ask us anything!
Hi, how may I help?
WhatsApp Support !
-16% Off 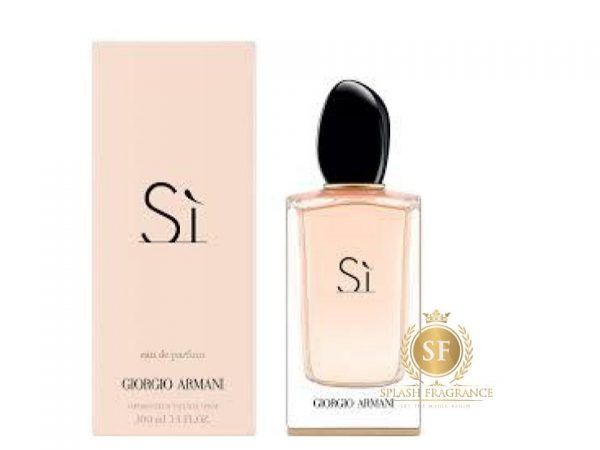 According to Women’s Wear Daily: “Australian actress Cate Blanchett has been confirmed as the new face of Giorgio Armani Parfums, a division of L’Oréal Luxe. Blanchett, who is rehearsing for a play with Isabelle Huppert at the Sydney Theatre Company, will be the face of an advertising campaign for a new eau de parfum called ‘Sí’ that will hit shelves at the end of the summer. The confirmation comes after weeks of unsubstantiated buzz following press reports about a fragrance collaboration between the actress and Giorgio Armani, who have a long-standing professional relationship. Blanchett has often worn Armani creations on the red carpet and openly expressed admiration of him.” Si was launched in 2013. The nose behind this fragrance is Christine Nagel.