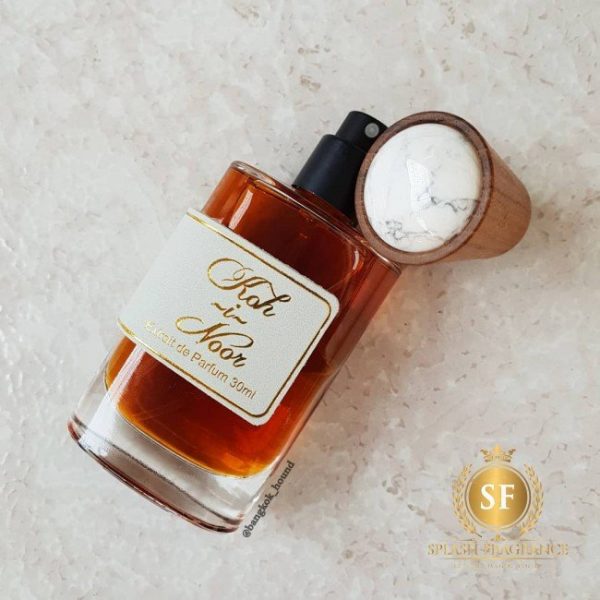 A huge, animalic floral oriental that came to life in collaboration with Nikhil, known as Perfume Guru, who created the idea of this composition.A scent that will truly illuminate the spirit of the wearer with the luminosity of Koh-i-Noor. A true connoisseur’s perfume which exudes timeless elegance.

The inspiration for this perfume is the majestic Koh-i-Noor, the legendary diamond whose name literally means the “Mountain of Light” in Persian. Though much of the diamond’s long history is shrouded in mystery, it is believed to have been mined in India, hundreds of years ago. It has been known by the name Koh-i-Noor since the 18th century.

Over its lifetime, a number of expert diamond cutters from other continents were summoned to cut it, and it was considered the epitome of craftsmanship. Wars were fought over this “jewel of the east” because, at an estimated 186 carats, it was the largest and most spectacular precious stone the world had ever seen. Tales of its radiance spread far and wide and every king and queen was desperate to adorn their own crown with its glory.

While we do not sell diamonds, we have adopted similar values in creating a magnificent gift for all those with a taste for the extraordinary. A tryst with eastern opulence. A triumph of natural fragrance materials, curated with the passion of a thousand years. A perfume composed of rich, exotic ingredients, obtained from the best sources across the globe. A scent that will truly illuminate the spirit of the wearer with the luminosity of Koh-i-Noor. A true connoisseur’s perfume which exudes timeless elegance.

Koh-i-Noor is our most since tribute to the glory of a golden era.

This perfume contains animal product… a maceration derived from legally obtained, wild Siberian deer musk grains. These were sourced from a legal institution that buys only from registered hunters who have permission from the Russian government to hunt a regulated number of wild deer per season. Legal musk grains are available in very limited amounts and are typically used only for traditional medicines. This is one of the reasons why natural musk grains are no longer used in large scale perfumery.