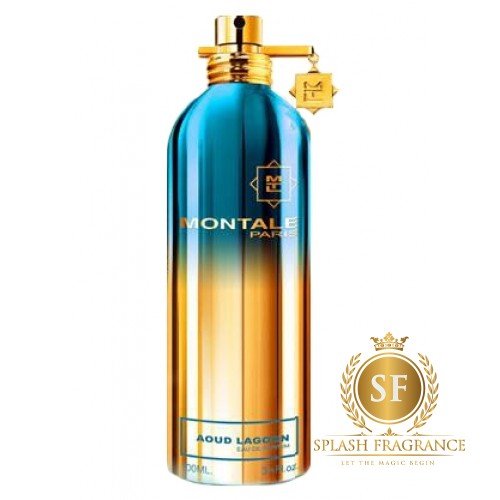 All Montale fragrances are presented in purist aluminum containers which are not only ideal travel companions, but also protect the sometimes sensitive essences from light, thus having a positive effect on the life of the perfume.

Aoud Lagoon was announced as a floral-woody fragrance with a refreshing composition full of delicate sweetness. Top notes are luminous and features mandarin zests and honey-sweet osmanthus blossom, announcing a gentle bouquet of taire and lotus in the heart. The base of the composition is based on elegant woody notes of vetiver and guaiac wood from Paraguay, with shades of moss.

The fragrance is available as a 100ml Eau de Parfum unisex edition. Aoud Lagoon was launched in 2016. The nose behind this fragrance is Pierre Montale.

Pierre Montale’s perfume collection is clearly influenced by the Orient and how could it be otherwise as Pierre Montale spent part of his 30-year career as an internationally renowned perfumer in Saudi Arabia. Montale fragrances inspire and captivate customers around the world which is clearly confirmed by the various branches of the company such as its flagship store in Paris on the Place Vendôme and its boutiques in Geneva, Crans Montana and Capri.

His love and fascination for the Arabian countries is clearly evident in his creations which feature many of the typical ingredients found in that part of the world such as oud, a popular incense which Montale has devoted an entire collection to. Montale perfumes are characterized by carefully selected, mostly natural essences which provide, together with the high concentrations of its eau de parfums, for good adhesion to the skin as well as a diverse and individual fragrance development.

All Montale fragrances are presented in purist aluminum containers which are not only ideal travel companions, but also protect the sometimes sensitive essences from light, thus having a positive effect on the life of the perfume.